Vietnamese match officials have been chosen to referee games at international tournaments later this year. 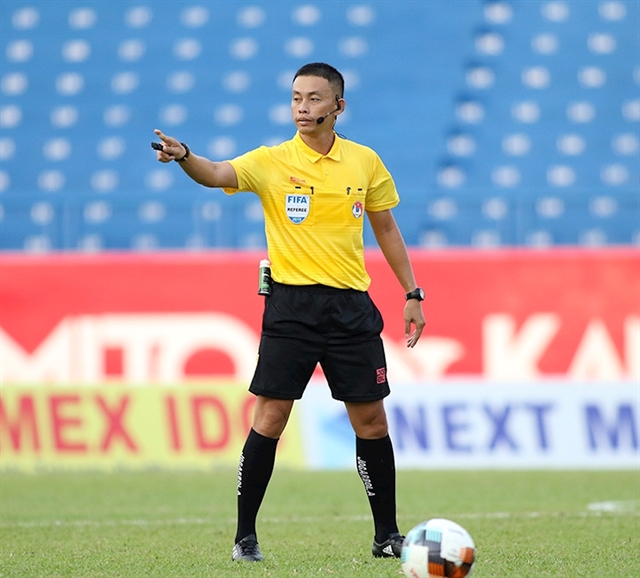 FIFA Elite referee Ngô Duy Lân will officiate in Group H of the AFC U23 Championship's qualification in Singapore from October 21 to November 1.

Lân, 37, is the only male FIFA-certificated referee from Việt Nam to reach Elite level. He has won Việt Nam's Golden Whistle title for best referee of the year twice and taken part in a number of different international events.

He is one of three Vietnamese officials assigned to work at the continental tournament along with referee assistant Nguyễn Trung Hậu and fourth official Đặng Thanh Hạ.

However, Hậu and Hạ could not meet Singapore's health policy on the COVID-19 pandemic control which requires visitors to have two vaccination shots at least 14 days before their entry.

Việt Nam also compete in the qualifier's Group I in Kyrgyzstan. Việt Nam will play Chinese Taipei on October 27 and Myanmar on November 2.

Việt Nam players are currently at their training camp in the UAE where they defeated Kyrgyzstan 3-0 in a friendly match on October 17.

Coach Park Hang-seo announced a short list of 23 players yesterday and they will leave for Kyrgyzstan today.

In other news, Bùi Thị Thu Trang is the only representative of Việt Nam taking part in a conference for the 2023 Women's World Cup's referee and VAR referee candidates later this week in Doha, Qatar. 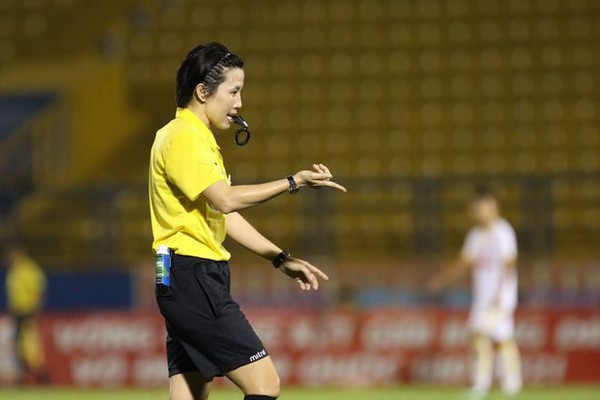 Bùi Thị Thu Trang is invited to FIFA's conference for referees in Qatar. She will work at the AFC Women's Clubs Championship from November 7-12 in Jordan. — Photo đuyedangvietnam.net.vn

Early this year, Trang and referee assistant Trương Thị Lệ Trinh were two Vietnamese listed in a pool of 750 officials who have the opportunity to work at the Women’s World Cup Australia/New Zealand 2023.

Only 56 referees and 100 assistants from this list are selected to officiate at the July 10-August 20 event.

Trang, 35, became an Elite referee in 2017. She will also join a VAR training course by the Asian Football Confederation (AFC) from October 23 to November 1 in Dubai.

She then will work at the AFC Women's Clubs Championship from November 7-12 in Amman, Jordan. — VNS

Although the start of the 2022 football season is still more than three months away, clubs have been working hard to strengthen their line-ups.

Striker Linh is AFC Asian Qualifiers’ Player of the Week

Winning the country's only ever badminton gold at the SEA Games will not only be a remarkable achievement but also fulfill a promise she made to her late grandfather, a man who always encouraged her to follow her dreams.

Striker Linh nominated for outstanding performers of week of AFC

Vietnamese striker Nguyễn Tiến Linh has been nominated in the list of Asian Football Federation (AFC) International Player of the Week.

Vietnamese swimmers to train in Hungary for SEA Games and ASIAD

The Vietnamese national swimming team will leave for Hungary on November 1 to train for the 31st Southeast Asian (SEA) Games and 19th Asian Games (ASIAD).

When will it ever end?

This time next year we’ll be preparing for the World Cup in Qatar and I do worry what will happen when hundreds of thousands of fans get together for what should be a showcase event that comes around once every four years.

Coach Park not satisfied with referee

Coach Park Hang-seo wasn't happy with referee Adham Makhadmeh after the 1-3 loss to Oman in the 2022 World Cup qualifier on Tuesday.

An online meeting with the participating countries will take place on October 18 to know the number of athletes and members expected to attend the region's biggest sporting event.

Oman condemn Việt Nam to fourth defeat in a row

The Vietnamese side are rooted to the bottom of Group B of the third round of qualifying.