The gallant gentleman of black and white Vietnamese cinema Nguyễn Chánh Tín passed away in his sleep early Saturday morning (January 4) at his home in HCM City aged 67. 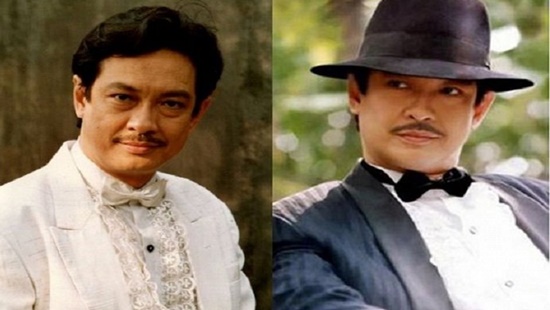 HCM CITY — The gallant gentleman of black and white Vietnamese cinema Nguyễn Chánh Tín passed away in his sleep early Saturday morning (January 4) at his home in HCM City aged 67.

Deputy Minister of Culture, Sport and Tourism Tạ Quang Đông told Việt Nam News: "Nguyễn Chánh Tín was an outstanding actor, who has left a long-lasting impression in the hearts of each and every Vietnamese for his talent and passion in every role, be it as an actor, director or movie producer.”

The actor’s daughter told reporters that her mother, singer Bích Trâm, came in to wake him up but found he had passed away.

“This is shocking to our family,” his daughter said.

Actor Nguyễn Chánh Tín was born in 1952 in Bạc Liêu Town, Rạch Giá Province, in a family with a tradition in martial arts.

He first starred in a movie in 1972 in Sài Gòn. Chánh Tín and his wife Bích Trâm were singers and became a famous duo after 1975.

The actor played the role of Nguyễn Thành Luân, portraying a Việt Cộng agent in Ván bài lật ngửa (Cards on the Table), a film series that drew thousands of viewers to their black and white television sets in the 1980s, making him famous throughout the country.

Many viewers fell for the good-looking man who was dubbed Việt Nam’s Alain Delon, after the French cinema legend.

"He was a talented and truthful artist. He was part of and witnessed the growth of our cinema. His departure left a vast void to fill in Vietnamese cinema, which is felt by all cinema generations before and after him," deputy minister Đông said.

Nguyễn Chánh Tín starred in his last film in 2017, when he returned to acting. He is survived by his wife and two children. His son is heading to Việt Nam from Canada to attend the star’s funeral. — VNS

Fashion shows to spread quintessence of Vietnamese culture and heritage

TV series about start-ups to be broadcast

A television series about start-ups in rural areas will be broadcast every Wednesday and Thursday from January 15 on VTV3.

Ballet Swan Lake to be staged on Swan Lake in Ecopark

The Việt Nam National Opera and Ballet (VNOB) will perform classical ballet Swan Lake on an outdoor stage in Ecopark on January 11.

Photography has played a crucial role to HCM City’s development and it should receive more attention, experts have said.

The Night of Stars concert gathering leading singers and artists from Vietnamese showbiz will take place on January 5 in Hà Nội to welcome the new year.

The official logo of the ASEAN Year 2020 has been announced, incorporating the image of a lotus – the national flower of Việt Nam. The logo will be used at all activities and events of ASEAN this year.

With the opening of the first Uniqlo store in Việt Nam, HCM City has added another fashion giant to its growing list of popular brands.

We have lucky enough to have a chance to visit Long Cốc tea hill in the northern mountainous province of Phú Thọ, which is considered one of the most beautiful tea hills in the country, in a winter day.

Pop diva Mariah Carey has had a long list of hits over the years, but her classic holiday song has helped her make history as the first artist to top the Billboard charts in four separate decades.