A documentary film on Vietnamese seas and islands produced by the HCM City Television’s Film Studio (TFS) will be released next month. 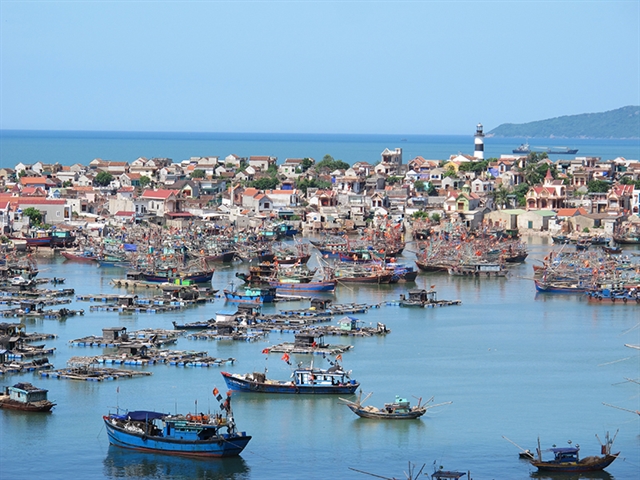 The history, culture and lifestyle of local people are highlighted as well as the economy and social issues which affect the lives of residents in fishing villages.

“Our film will provide audiences, particularly young people, information about the country’s seas and islands,” Lý Quang Trung, director of the TFS, said.

TFS is providing both human resources and finance to produce TV programmes focusing on Vietnamese seas, islands and farming communities.

“TFS staff has worked with its partners in southern provinces to produce TV programmes which feature traditional culture and lifestyle, and tourist destinations in the coastal region,” he said.

These shows feature difficulties in life and work that poor farmers and children face today.

“Our filming staff has travelled to remote areas of Cà Mau and Đồng Tháp to capture interesting scenes of rural life. These films will be completed later this year and will be sold to seven TV stations in the region, including Vĩnh Long Television and Bình Dương Television,” Trung said.

Ra Khơi on HTV9 channel every Friday has became a forum for farmers to discuss their agricultural successes and problems.

The 20-minute programme has five segments, including the latest information about farming and opportunities and challenges during Việt Nam’s integration in the global economy.

It features personalities who have achieved farming success and are selling their produce at home and abroad.

Thời Sự Nông Nghiệp is broadcast for 20 minutes every weekend on HTV9. The show offers the latest information and reports to help southern farmers to run their businesses.

The producers invited dozens of experienced businesspeople and farm owners to participate in the programme.

Both shows, Ra Khơi and Thời Sự Nông Nghiệp, have received thousands of letters each month from viewers in the region.

The documentary, Đảo Khát, will air every Monday and Friday at 9pm starting in August. — VNS

Newcomer Finland won the Đà Nẵng International Fireworks Festival 2019 after an amazing performance in the final with England on Saturday night. Both teams created extraordinary displays at the festival that has been held in the central city since 2008.

Vietnamese-French violinist Stephane Trần Ngọc will be the featured soloist at the HCM City Opera House on July 13.

Tour on the cheap offered at festival

Various tours will be sold at discount prices during a tourism festival held on July 6-7 in Hà Nội.

Determined to help protect the environment, Nguyễn Minh Tiến from Đức Huệ District in the southern province of Long An has created a simple method of producing drinking straws from a local wild grass called cỏ bàng.

Swedish prosecutors on Thursday requested to keep American rapper ASAP Rocky in custody after he was arrested over a street brawl in Stockholm caught on video.

Italian label Fendi on Thursday paid tribute to its late designer Karl Lagerfeld, who died in February after a half-century helming the company, with a haute couture show at the ruins of the ancient Temple of Venus and Roma.

Book on children living in region under anti-French war issued

The musicians will bring an emotional performance of European music from the gentle melodies of Clara Schumann in Germany to the Slavic rhythms of Antonin Dvorak's music.