Although the 27-year-old is dealing with an ankle injury, Sơn has starred for his club side in the AFC Cup, contributing a lot to their unbeaten start through two matches. 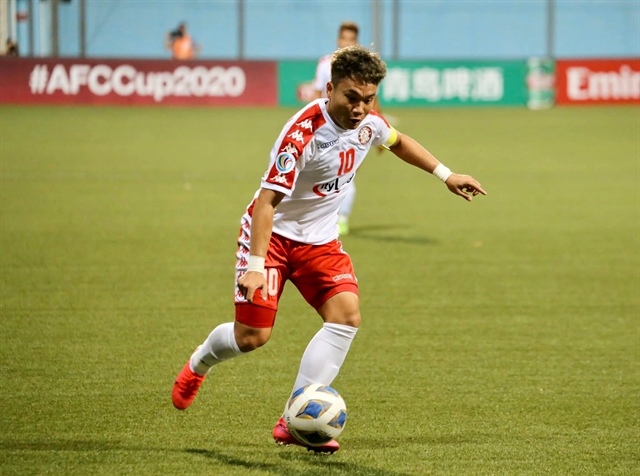 Midfielder and captain Trần Phi Sơn of HCM City hopes to return to the national team this year. — Photo foxsports.com.vn

“All footballers want to wear the jersey of their national team. So do I. However, I have to try more to get opportunities with the hope of being called up to the national team again,” said Sơn.

Although the 27-year-old is dealing with an ankle injury, Sơn has starred for his club side in the AFC Cup, contributing a lot to their unbeaten start through two matches.

After playing a part in his team's first-ever AFC Cup goal in the 2-2 draw against Yangon United of Myanmar, Sơn assisted all three goals in City's 3-2 win over Hougang United FC of Singapore.

The Asian Football Confederation selected him as one of the top five players of the first two rounds of fixtures in the 2020 AFC Cup’s ASEAN and West Zones.

Sơn has more assists than any other player after two games and is also second in chances created with 10.

“This year, I feel that I am in the best shape. So I will make every effort to bring success for my club and complete my dream of returning to the national team. Now I am trying to train hard. Since I left Sông Lam Nghệ An, I have changed my way of playing to make progress,” said Sơn.

The midfielder played for his country three times in 2015-16 and scored one goal. He won the country’s best young player award and the best player award of the Thanh Niên Newspaper International U21 Football Tournament in 2012.

Perhaps the best omen for Sơn's potential recall to coach Park Hang-seo's squad is his burgeoning partnership with forward Nguyễn Công Phượng, who is a key part of the national team.

Phượng and Sơn have formed a solid partnership at club level so far, one coach Park may be keen to recreate on the international stage.

“Phượng and I have tried to talk with each other a lot. We also have exchanged actively in training as well as talk with our coach Chung Hae-seong. Besides, we have co-ordinated with the whole team very cleverly,” Sơn explained. 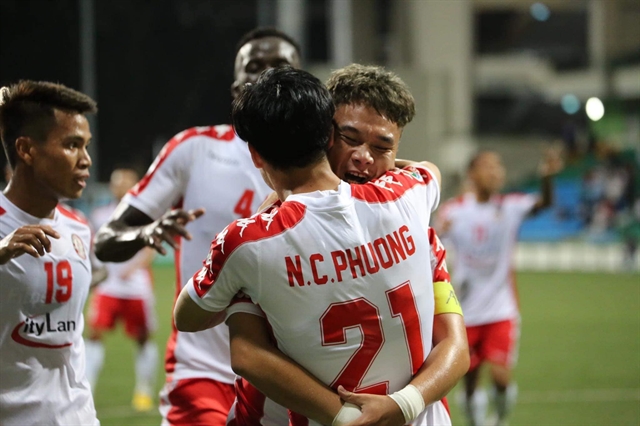 According to former coach and football expert Đoàn Minh Xương, Sơn is the type of footballer the national side need.

“Sơn is a rare footballer of Vietnamese football because of his creative and intelligent way of playing. He is a type of footballer who is necessary for Việt Nam as his creativity can surprise rivals. However, for coach Park to select him, he needs to handle situations more decisively to suit the way of playing which Park is building for his Việt Nam team,” Xương told thanhnien.vn.

While Sơn is a star for HCM City FC now, it wasn't always so.

After playing for Sông Lam Nghệ An for 10 years, Sơn moved to HCM City in 2018 for a salary of VNĐ70 million per month and he reportedly cost a sizable big transfer fee. However, under the guidance of coach Toshiya Miura, Sơn struggled to live up to his price tag in 2018.

Worse was to come as the central province of Hà Tĩnh-born player suffered an ankle injury at the beginning of the 2019 season, costing him the entire campaign.

“Injury really becomes an obsession for any player. 2019 was so unlucky for me. There were at least three times I got injured. The pressure from the fans was probably not equal to the pressure sitting on the bench watching my teammates play,” Sơn said.

Flights between HCM City City and Singapore to check and treat injuries became common for Sơn, before he had to go to South Korea for an operation.

When Sơn was rehabbing, HCM City made waves in the transfer market, with many players leaving and stars like goalie Bùi Tiến Dũng and forward Phượng coming in to try and take the V.League title after a second-place finish in 2019.

Despite all the changes, Sơn grew in stature among his teammates and was entrusted with the captain's armband ahead of this season. — VNS

Four Vietnamese to compete in Asian championships for juniors

Weightlifters to vie for Asian medals in Bahrain

The perfect striker created in a laboratory

Defender Mạnh's injury a blow for club and country

On his Facebook page, Mạnh said: "Is my leg hurt? Yes. Am I sad because of injury? Yes. Unfortunate for me, however, I will accept it and I will overcome difficulties and hardships."

Mikel Arteta admitted he took a risk by making nine changes for Arsenal's 2-0 win over Portsmouth in the FA Cup fifth round but insisted he had no choice because some of his stars were still shell-shocked after their Europa League exit.

Former world number one Dustin Johnson has become the first high-ranking golfer to withdraw from this year's Olympic games, with his agent citing a tight schedule for the withdrawal, reports said Monday.

Midfielder and captain Trần Phi Sơn of HCM City has been voted one of the top five players of the first two rounds of fixtures in the 2020 AFC Cup’s ASEAN and West Zones by the the-afc.com.

Việt Nam will focus on Olympic sports at the 31st Southeast Asian (SEA) Games to be held in Hà Nội next year.

Đức finishes second at ITF U18 event in Cambodia