Patience the name of the game for tourism industry

Though the industry may be taking a beating, respondents to our survey were broadly in favour of a cautious approach when it comes to opening Viet Nam’s border to tourists.

Patience the name of the game for tourism industry

A promising future for Việt Nam after COVID-19 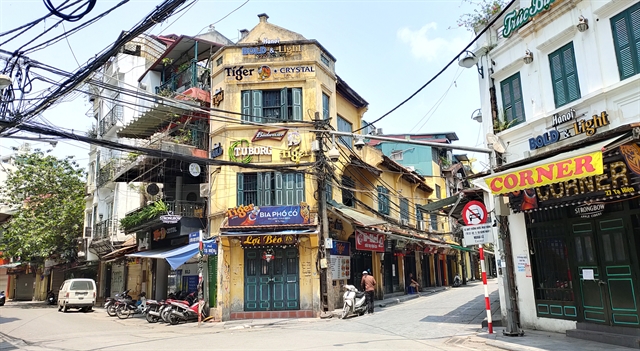 HÀ NỘI — Tourism has been one of the industries hardest hit by the COVID-19 pandemic across the world and Việt Nam is no exception, with foreign tourist arrivals and tourism revenue falling by more than 50 per cent in the first half of this year.

Though the industry may be taking a beating, respondents to our survey were broadly in favour of a cautious approach when it comes to opening Việt Nam’s borders to tourists.

More than 78 per cent of the readers we surveyed agreed that the country should reopen borders gradually and in line with the developments of the pandemic abroad, a tactic that is being considered by the Government.

This sentiment was echoed by Hoàng Nhân Chính, Secretariat Director of the Vietnam Tourism Advisory Board, who told Việt Nam News that while the industry needs borders reopened so it can recover economically, health and safety best be priorities.

“We stress that the health and safety of our citizens has to be balanced with the economic considerations and gains,” he said.

Notably, expat respondents to our survey were more strongly in favour of keeping the borders shut than the local Vietnamese we surveyed, feelings possibly inspired by watching the devastation the coronavirus has caused to their home countries.

While there is no concrete date for reopening to international arrivals, our survey respondents indicated that they thought it should happen this year, instead of waiting until 2021.

More than 41 per cent of those surveyed disagreed with the notion of waiting until next year to reopen the border, though the neutral response of just over a third of those surveyed indicated just how difficult planning amid a pandemic is.

There was broad agreement that Việt Nam has done enough to help those stuck within its borders on tourists visas, with only 11.8 per cent of our respondents feeling more should have been done to help international visitors.

“As soon as the pandemic hit Việt Nam there was a duty to look after foreigners in the country on a tourist visa.

“Here at the tourism board we created a specific coronavirus page on our website to inform travellers of the COVID-19 situation in Viet Nam, including visa policies, flights and site closures,” Chính said, adding that the board also opened an English-language hotline to aid marooned travellers and used social media to answer questions.

There is some good news for the local tourism industry as once travel can resume, Việt Nam will be a more attractive destination than before the pandemic, according to our readers.

Almost 80 per cent said the country had become more attractive to international visitors and Chính agreed.

“The response from Việt Nam around the pandemic should act as a testament to the measures the country will do to keep everyone here safe.

“Foreign tourists can remain reassured that Việt Nam will only reopen borders when it is safe to do so, yes this may take a little longer but at least tourists will know it is a COVID-free destination once open,” he said. — VNS

One dead, three critical due to food poisoning in An Giang

Young women in HCM City volunteer to enlist in the army

Repairs for undersea internet cables to last from March to April: providers

Schools must only start the new academic year from September 5: MOET

Schools nationwide will only open for a new academic year on September 5, the Ministry of Education and Training (MOET) has announced.

Việt Nam response to the COVID-19 pandemic has been nothing short of perfect, according to a survey of our readers.

The Ministry of Health announced that it has completed providing online public health services level 4 for all administrative procedures under the management of the health sector after six months implementation.

Earlier, on Monday evening, the People's Committee of Ward 19 took samples from residents following a report that Patient 326 had relapsed.

More than 50 young people have attended the "Basic knowledge about the environment" training course provided under the "Youth for Environment" project carried out by the For Vietnamese Stature Foundation.

Legal proceedings have begun against mother of a new born baby who died after he was abandoned.

One dead, three critical due to food poisoning in An Giang