The Ministry of Industry and Trade (MoIT) has instructed agencies to ensure the supply of petrol. 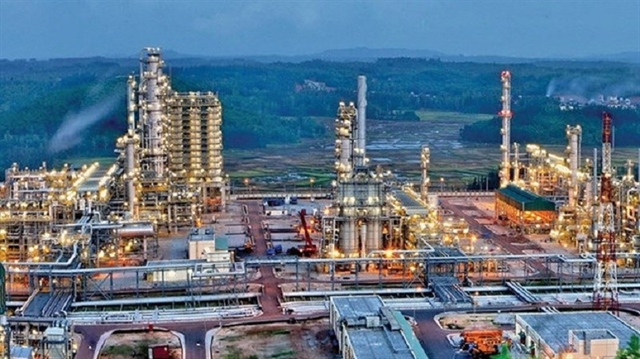 HÀ NỘI — The Ministry of Industry and Trade (MoIT) has instructed agencies to ensure the supply of petrol amid tight supply.

MoIT Deputy Minister Đỗ Thắng Hải pointed to significant changes in petrol supplies pushing petrol prices up, including the conflict between Russia and Ukraine. Another reason was decreased production at Nghi Sơn Oil Refinery, one of the two major local refineries, due to the refinery’s financial difficulties.

The Nghi Sơn refinery used to supply 35-40 per cent of the domestic petrol market, but its output was reduced by 90 per cent of normal in early January, resulting in dropping supplies for petrol traders.

At the Government’s regular monthly press conference last week, Hải said the supply crunch had been seen in some southern provinces, adding that the ministry has assigned 10 businesses to import petrol since early January to fill the shortage.

According to the official, Nghi Sơn Oil Refinery has promised to run at full capacity from April to ensure domestic supply.

The supply will not be disrupted from the second quarter of this year, even if Nghi Sơn fails to fulfil its commitment, he said.

In addition, considering the significant increase of oil and petrol prices globally, the MoIT and the Ministry of Finance have discussed solutions to curb the price hike.

Deputy Finance Minister Nguyễn Đức Chi said his ministry had sent a document to other agencies and the Việt Nam Petroleum Association to get feedback on a draft resolution on lowering environmental tax on fuel, to submit to the National Assembly’s Standing Committee.

Chi said if the resolution comes into force from April and domestic retail petrol prices become stable in the remaining nine months of the year, the tax reduction will help to lower the consumer price index by 0.6-0.7 per cent.

As petrol prices continue increasing, importers face significant difficulties when policies are not in line with market fluctuations.

If supply from Nghi Sơn Oil Refinery does not meet plans, the Ministry of Industry and Trade has assigned 10 petroleum businesses to increase their import volume in the next quarter to ensure domestic supply.

However, this output assignment also poses great challenges to businesses, requiring the management agency to have more flexible and realistic operating policies.

In accordance with Decision 242/QĐ-BCT dated February 24, there will be increased petroleum imports in the second quarter of this year to supplement the shortage from domestic production estimated at 2.4 million cubic metres, including 840,000 million cu.m of gasoline and 1.56 million cu.m of oil.

Petrolimex Deputy General Director Nguyễn Xuân Hùng said that right after the refinery announced a reduction in output, Petrolimex reviewed the import contracts and started signing contracts from the beginning of this year, before the direction of the Ministry of Industry and Trade.

Petrolimex also signed new contracts in accordance with the quota that the Ministry of Industry and Trade assigned it to import.

Deputy General Director of Military Petrochemical JSC Lê Minh Quốc said that the company imported petroleum from four sources: Singapore, Malaysia, Thailand, and Korea. Currently, the company is negotiating with all suppliers to finalise an import plan with the most reasonable price.

It should not too difficult to import petroleum to make up for the shortfall in the output of Nghi Sơn Refinery when most countries have reopened, and the world petroleum supply chain has recovered.

However, with prices continuously increasing, the main petroleum importers face great difficulties when operating policies are not in line with market fluctuations.

One of the 10 petroleum importers assigned to import more said that the surcharge for each barrel of oil imported to Việt Nam had increased by 2-3 times compared to the end of last year, but the State management agencies did not update according to this change.

Many petroleum importers had to reduce discounts for agents to ensure that their business activities did not suffer losses, said the importer.

However, such a discount made dealers not want to do business because the current domestic retail price of petrol was not enough to cover costs they are incurring.

To ensure domestic petroleum supply was not interrupted, the most important solution was for the State management agency to change the price calculation method to follow market movements, he added. — VNS

Việt Nam has enjoyed a trade surplus of US$1.8 billion from agriculture, forestries and fisheries during the first two months of the year, 86.7 per cent higher last year's figure, according to the Ministry of Agriculture and Rural Development (MARD).

Restructuring of agricultural production and supply chains are key to meeting the specific demand of every export market including China.

The HCM City property market is expected to develop strongly in 2022 on the back of a number of infrastructure projects being completed or started during the period, experts said.

The conflict almost certainly will drive global oil prices up, disrupt the global supply chain and create inflationary pressures. As a result, firms will likely be more hesitant to make investments, consumers cut back on spending and lower demand for credit.

Sales are expected to grow strongly thanks to the existing stable demand and digital sales channels.

The industrial production and trade of Hà Nội has been on a recovery trend from the beginning of the year, driven by the capital city’s policies of reopening business activities after months of closing down to fight the pandemic.

All real estate transactions must be implemented through banks, the General Department of Taxation has proposed to the Ministry of Finance.

Việt Nam’s livestock industry is likely to be hurt due to the increase in raw materials and animal feed prices since the Russia-Ukraine conflict began, the Agribank Securities JSC (Agriseco) has said.

Loans for individuals and businesses in HCM City affected by COVID-19 will have their interest rate cut by 2 per cent under a Government resolution.